Share a memory
Obituary & Services
Tribute Wall
Read more about the life story of Thomas and share your memory.

He came into the world on January 25, 1939, in Altoona, PA to the late Paul and Margaret (Beck) Latterner, and grew up in Cresson, PA. After graduating high school, Tom attended Penn State Altoona Campus and ultimately graduated from St. Francis University in Loretto, PA with a Bachelor’s Degree in mathematics. After living in Laurel (Maryland City), MD, Tom moved his family to Middletown, MD in 1978, and worked as a computer engineer until retirement.

Tom is survived by his wife, Stephanie Esworthy Latterner, and his children, Jodi Latterner Wiles (boyfriend Leroy) of Frederick, Jay Latterner (Sheryl) of Middletown, Jill Latterner (fiancé Lance) of Frederick, and bonus son, Kemper Kefauver of Merritt Island, FL. He is also survived by his sister, Joan Gabrielson, of Michigan. Tom is a proud grandfather to Justin Murphy (Ashley), Blake Wiles (Atma), Brooke and Shay Latterner, and Kylie and Tyler Gorman. He is also an adoring great grandfather to Ryker, Bristol, and Knox Murphy. He is blessed with many nieces, nephews, and friends. In addition to his parents, Tom is preceded in death by his first wife, Doris “Dorie” (Little) Latterner, brother Michael Latterner, bonus daughter Paige Gorman, and bonus daughter-in-law Julie Kefauver.

Tom was a man of great faith who spent his life caring for others and contributing to his community. He was a founding member of Holy Family Catholic Church and an active member of the Knights of Columbus where he contributed to fundraisers and food drives, including constructing the food donation wagon you still see today at the Safeway in Middletown, MD. Tom loved to cook and was an avid runner and tennis player in his younger years. He had a great sense of humor and left a lasting impression on everyone he met.  Tom was a man of great integrity.  He was kind and generous, and was the family pillar of strength and wisdom.  Tom will be deeply missed but his legacy is eternal.

A Memorial Mass will be celebrated at Holy Family Catholic Church, 7321 Burkittsville Road, Middletown, MD on Saturday, February 4, 2023, at 11:00 a.m. Rev. Msgr. Robert J. Jaskot will preside. Relatives and friends will be received at the church one hour prior to the service.  Interment will be private and at a later date.  Arrangements have been entrusted to Donald B. Thompson Funeral Home.

To send flowers to the family or plant a tree in memory of Thomas Samuel Latterner, please visit our floral store. 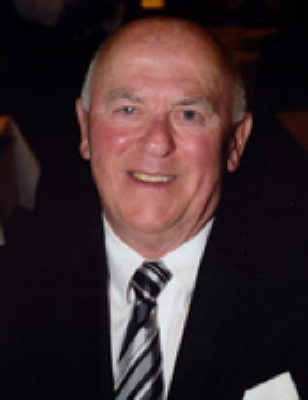