Share a memory
Obituary & Services
Tribute Wall
Read more about the life story of Ronald and share your memory.

Ronald Powell Shapard of Myersville, MD passed away on January 16, 2023, at the age of 82.  He died peacefully after battling mesothelioma and pneumonia.

He was preceded in death by his parents, Lewis B. and Mary H. Shapard, as well as his wife Ruth Ellen Shapard, who he loved dearly and missed greatly since she left us in 2017.

Ronald is survived by his three children: Ronald C. Shapard, Julie E. Shapard-Manning, and Amy M. Shapard, as well as four grandchildren: Christopher W. Shapard, Kathryn D. Shapard, Izabella J. Manning, and Xavier G. Manning.  He also has a daughter-in-law, Stephanie D. Shapard. Ronald was an only child, but his wife's side of the family was so important to him that he never lacked for love and friendship.

Ronald was born on July 4, 1940, and he lived his entire life in the state of Maryland.  After graduating from high school, he joined the Marines.  From there he became an insulator and member of the International Association of Heat and Frost Insulators and Allied Workers Local 24.  This organization was not just a union that he joined because of his job.  It was a fellowship.  He met many lifelong friends there and he cared deeply for the health and well-being of all of its members.  He was elected to be the Business Manager for the organization and served from 2001 through 2004 before transitioning into retirement.

Once retired, Ronald indulged in many hobbies, some old and some new, such as going to wine festivals.  An activity he greatly enjoyed after being introduced to it by family members.  Once the Nationals brought baseball back to DC, he and his son enjoyed many games.  He went golfing with his friends and loved to tailgate at Maryland football games.  He would delight in walking around the campus and telling people what the area was like when he grew up there.

Ronald lived a full and happy life.  He touched the lives of many people and has left the world a sadder place in his absence.  He will continue to enrich the lives of those he loved with the warm memories that he created with them.

Relatives and friends will be received at Christ Reformed United Church of Christ, 12 S. Church Street, Middletown, MD from 11:00 am to 1:30 pm on Saturday, January 28, 2023, at which time a funeral service will be held at 1:30 pm.  Pastor Kyle Powderly will preside.  Interment immediately following in Zion Lutheran Cemetery, Middletown.  Arrangements entrusted to Donald B. Thompson Funeral Home.

In lieu of flowers, contributions to the Multiple Sclerosis Society at nationalmssociety.org would be appreciated by the family.

To send flowers to the family or plant a tree in memory of Ronald Powell Shapard, please visit our floral store. 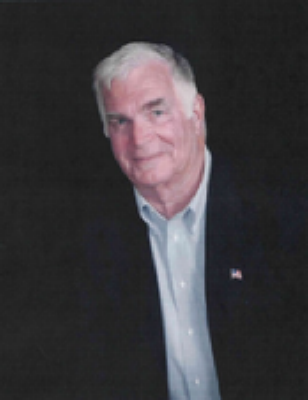