Share a memory
Obituary & Services
Tribute Wall
Read more about the life story of Joan and share your memory.

It is with profound sadness that the family of Joan McClure McNamara of Middletown, Maryland announces her peaceful passing on January 11, 2023 at the age of seventy-seven after a courageous battle with dementia and pancreatic cancer. Joan was born on April 23,1945 to John E. and Helen McClure of Washington, DC. Joan’s family and friends would describe her to have been a strong, intelligent, quick-witted, and selfless woman, who was passionately dedicated to her loved ones and community.

Growing up in Washington D.C., Joan’s school-age years were spent at the National Cathedral School. She went on to study at Sweet Briar College, a private women’s college in Virginia where she earned a bachelor’s degree in mathematics. At the age of 22, she married John E. McNamara, and lived in Chevy Chase, Maryland until 1974 after which they built a home in Middletown and have resided there for 49 years.

Having lost her mother to illness at a young age, and being the oldest of three children, Joan bore many domestic responsibilities beyond her age and station. The ethics of resilience and devotion transferred to motherhood as she enjoyed all aspects of her children's lives. She made sure to attend every sporting event, band performance and dance recital. Along with her commitments to family, she believed in the importance of volunteering. For many years, she was a dedicated Girl Scout troop leader, who organized camping trips and fundraising events for both of her daughters. She volunteered at Frederick Memorial Hospital at the Hospitality Desk and in the Human Resources Department.  She also knitted newborn caps for the hospital’s nursery. Joan took on leadership positions in PTA and The Frederick Women’s Civic Club. Once her children were older, she served several years as a Legislative Assistant for Delegate Louise V. Snodgrass and later, as a Legislative Aide for Delegate Patrick Hogan. Joan loved and prioritized spending time with her grandchildren. She continually showed great craft and curiosity in the hobbies of flower gardening, wallpapering, piano, crocheting, among numerous others.

A sincere extension of gratitude goes to the caring nurses at Hospice of Frederick; especially, to Jennifer Gorka and Dianna Shafer who provided continuous at-home assistance during the last few weeks of Joan’s life.

Family will receive friends at Donald B. Thompson Funeral Home in Middletown on Thursday, January 19th from 6:00-8:00pm. A memorial service followed by a reception will be held at Holy Family Catholic Community Church on Friday, January 20th at 11:00am. Interment will be private. In lieu of flowers, a donation can be made to The Frederick Women’s Civic Club, Inc.

To send flowers to the family or plant a tree in memory of Joan McClure McNamara, please visit our floral store. 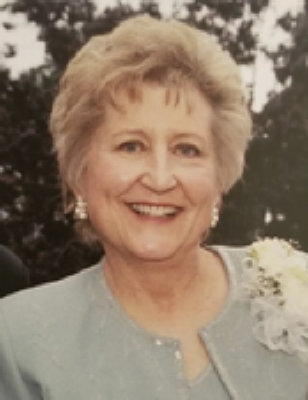