Share a memory
Obituary & Services
Tribute Wall
Read more about the life story of Charles and share your memory.

Following his 1962 graduation from Thurmont High School he enlisted in the U.S. Army serving a tour of duty in Vietnam.  After completion of his military service, he returned home and began working as a lineman for Potomac Edison.  In 1967 Charlie married Cecelia Marie VanFossen and they were happily married for over 50 years.  After starting their family, Charlie began a 30-year career as an agent with Prudential Insurance Company.

Charlie was an avid outdoorsman who enjoyed hunting, fishing, and boating on Maryland’s Eastern Shore. He is a life member of both the Thurmont Conservation & Sportsman’s Club and the Frederick County Fish and Game Protective Association.  He is a life member and Past Commander of the John R. Webb VFW Post 3285 in Frederick, MD.

Charlie is survived by his daughter Betsy Cowperthwaite and husband Scott, grandchild Riley Cowperthwaite, son Jim Boller and his fiancé Shawna Scott.  He is also survived by his sister Judy Hatfield and husband Gail, brother Earle Guy Boller, sister Nancy Moser and husband Wayne, sister-in-law Louise VanFossen, and many loving nieces and nephews.  Charlie’s family was the most important thing in his life and they always knew they could call him for help anytime.  His neighbors knew they did not need to worry about cleaning their sidewalks after a big snow, Charlie would be out with his snowblower before the last snowflake fell.

Visitation for family and friends will be held on Sunday, January 8, 2023 from 3:00 to 5:00 pm at the Donald B. Thompson Funeral Home, 31 E. Main Street, Middletown, MD 21769, where a Funeral Service will be held on Monday, January 9, 2023 at 11:00 AM.  Interment to follow in Mt. Olivet Cemetery, Frederick.  In lieu of flowers, contributions in his name may be made to the Alzheimer's Association.

To send flowers to the family or plant a tree in memory of Charles H. Boller, Jr., please visit our floral store. 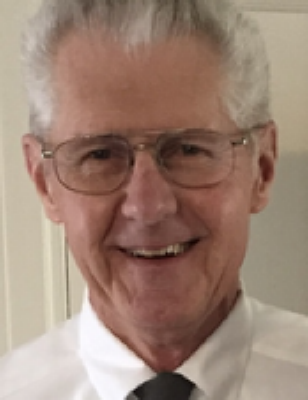